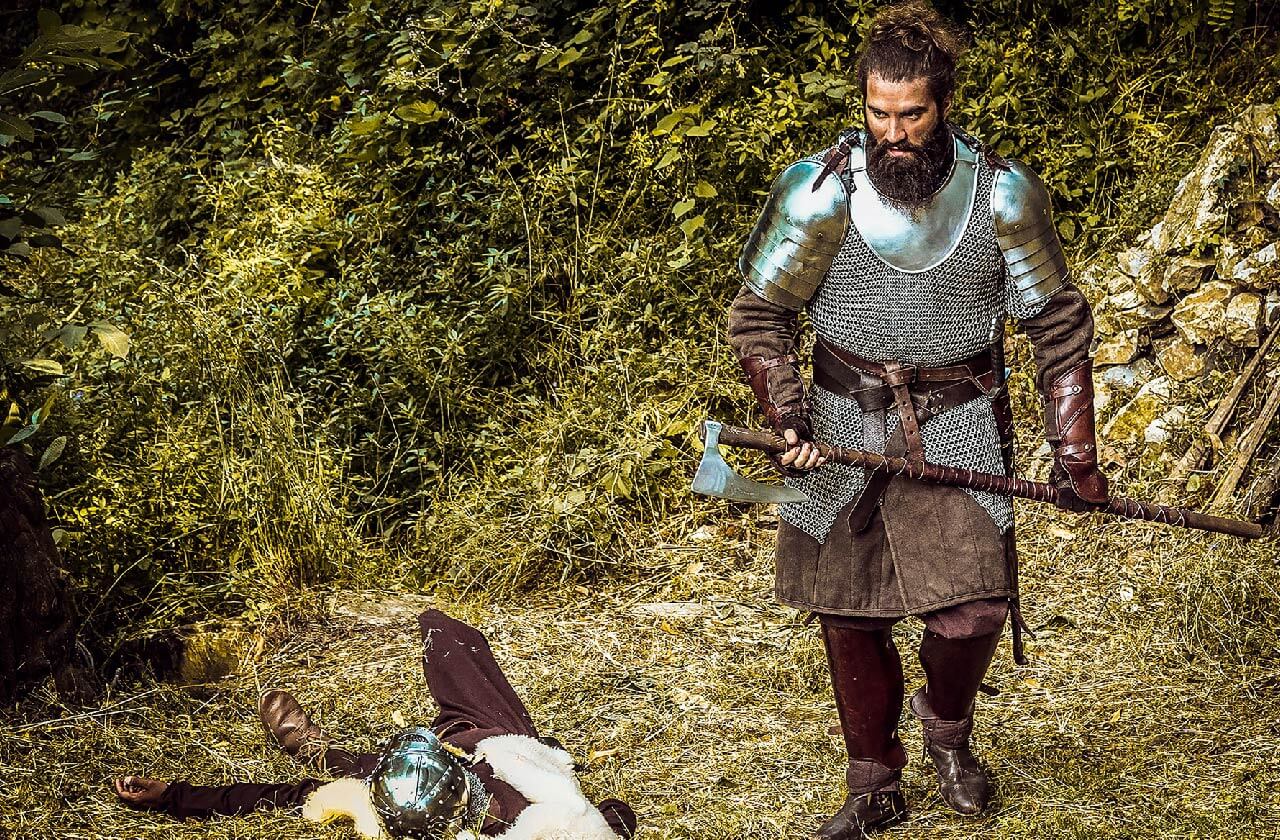 Last names that mean ‘warrior’ were historically given to bold, powerful men. Either through battle or a heroic act of courage, they earnt their name. Check out our lists of popular and hand-picked surnames meaning warrior below.

What are Last Names that Mean Warrior?

Last names that translate to ‘warrior’ come from all countries and periods, but are often associated with strength and heroism. They tend to sound classic and sturdy as if they would belong to a man or woman of prestige.

Whether your new novel’s protagonist needs a warrior-worthy surname, or you just want to see if your great-great-great-grandpa was out there slinging bows and arrows, we’ve got you covered. From the most popular last names to the most unique, keep reading for our complete list of surnames meaning ‘warrior’ below.

These last names translate to ‘warrior’ in different languages. These are powerful as they mean warrior, fighter, and brave.

These last names might sound unfamiliar, but look out and you may find the perfect last name meaning ‘warrior’ for your character below.

Prepare for battle as you read through our list of top 5 famous people with last names meaning ‘warrior’.

As a 12-time climber of Mount Everest, there’s no doubt that Garrett Madison is worthy of his warrior surname. Hailing from England, Madison roughly translates to ‘son of the mighty warrior.’ Sounds extreme, but when you conquer 29,000 feet of ice and snow, there is no other name that would be better suited.

America’s 25th president, William McKinley’s last name is Gaelic for ‘son of the white warrior.’ As the last president to have served in the Civil War, McKinley entered as a private and exited as a major. A warrior-worthy feat, we’d say!

James Chadwick may not have had the brawn, but this physicist and Nobel Prize winner certainly had the brains when he discovered the existence of neutrons. The surname Chadwick is of English origin and translates to ‘from the warrior’s town.’

Patron saint of military buffs, video game lovers, and dads everywhere: Tom Clancy. Known for his military thrillers, the last name Clancy is Irish for ‘son of the red warrior.’ With his tough, war-ready protagonists, you couldn’t find a better surname for this literary icon if you tried.